Back And Forth Forever 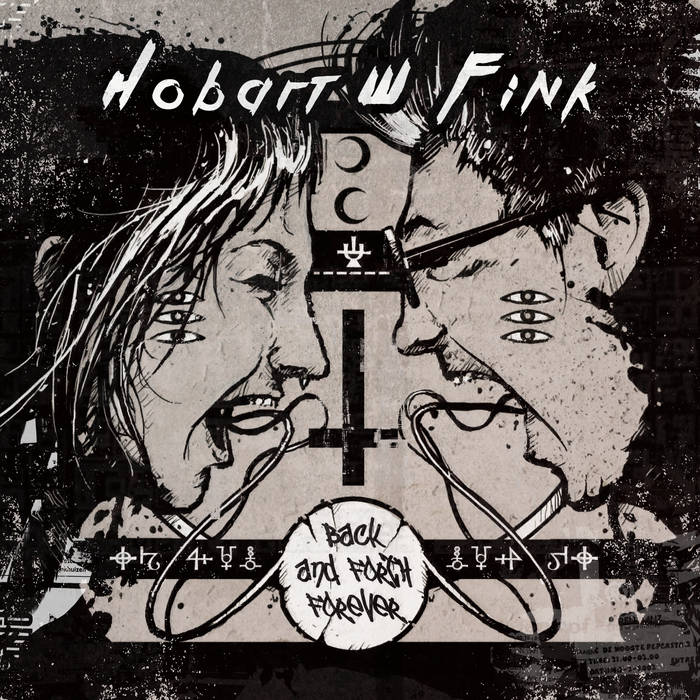 **************
"Back and Forth Forever"
is recorded and mixed by Chris Kasych (Wavves, Phantogram, Vampire Weekend, Haim, P!nk, Santigold) on a vintage '74 Neve board and mastered by Alex DeYoung (Macy Gray, NOFX, Pennywise). Lead single "So Many Losers" debuted on KROQ Rodney On The Roq, and on Buzzbands KCSN. Single and album debuted in the top 20 in KKBB and FMQB charts and at #174 on CMJ charts.

"Hobart W Fink has risen through the ranks of the LA music scene at an incredibly fast rate. ... From newcomers to veterans without losing any of their hunger." -- Hunnypot Radio

**
Hobart W Fink is indie grunge rock w a disaffected punk aesthetic. With two lead singers, Jayk Gallagher and Lauren Lakis, the band blends touches of The Strokes, Smashing Pumpkins, Queens of The Stoneage, Green Day, and Interpol with such disparate influences as Elliott Smith, Nirvana, and Ben Gibbard in an eclectic stew. Fans have likened HWF's sound to a combination of X, The B-52's, and Sonic Youth.

BACK AND FORTH FOREVER is straight-forward, unabashed rock with just a hint of irony. Hobart W Fink delivers their fun, no-frills brand of garage rock which treads the line between punk and grunge, apathy and enjoyment.
**
facebook.com/hobartwfink
hobartwfink.bandcamp.com

Rocking SXSW parties and shows all over Southern California, including headlining slots at Echo Park Rising, Make Music Pasadena, Venice Music Crawl, Buzzbands.la Chinatown Nights and other festivals, and opening for national acts like Good Riddance at The Velvet Jones in Santa Barbara, the band debuted at The Satellite, killed residencies at Harvard and Stone, Casey's, and Lot 1, and has played The House of Blues LA, The Roxy, The Viper Room, The Echo, The Satellite, Harvard and Stone, The Smell, El Cid, The Virgil, The Mint, Silver Lake Lounge, Casey's Irish Pub, The Airliner, Central SA+PC, The Lexington, Kaos Network, Echo Country Outpost and many more. HWF has toured to San Diego, Long Beach, Phoenix, Santa Fe, Austin, and all around the west coast. HWF has garnered rave reviews in CMJ, Buzzbands.LA, The Deli Magazine, Emerging Indie Bands UK, and many international press sources.

"Their unpretentious, straight forward approach to indie rock keeps us coming back for more" ... "hard-hitting and fun" ... "a promising start to the group's forthcoming full length expected this August in conjunction with a Tuesday night Residency at Harvard & Stone" -- The Deli LA

"raw and sophisticated ... a trip back to the 90s ... their voices work together flawlessly in harmony ... get ready to headbang ... high energy performance" -- Moxipop

" irreverence ... that makes me want to quit my job" - Syffal.com

"garage rock ... with a keen sense of dynamics and melody ... sets the band apart from their contemporaries ... a fine act to listen to, they keep things simple and dirty" - Indie Music