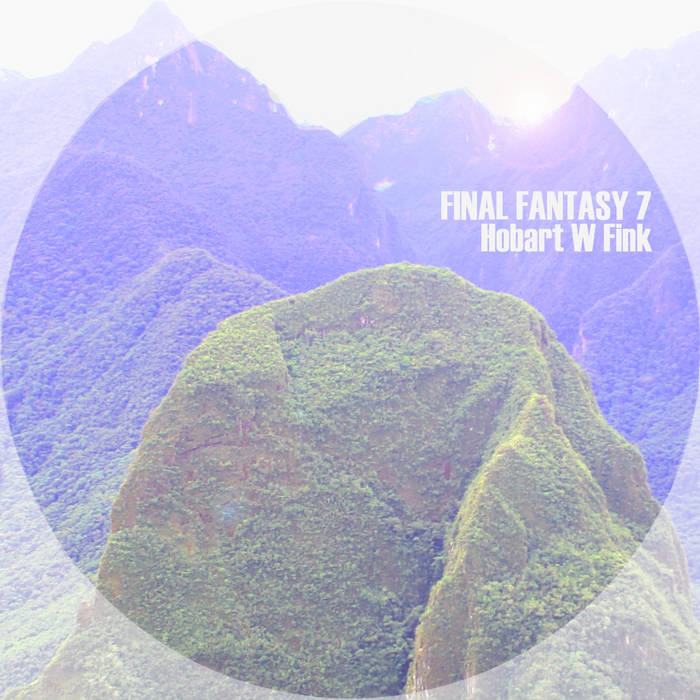 Hobart W Fink -- gutsy, bluesy indie rock with a soupçon of grunge -- is proud to announce the release of their new single "Final Fantasy 7" online on 11/12/13. The music video for the single, shot in Peru and New Orleans, will release December 10 in a headlining show at The Echo in LA, and precipitate a California tour to Lestat's in San Diego, Bull Bar in Long Beach, Leimert Park, and some secret other venues.

"Final Fantasy 7 is a biplane over the Pacific bathed in an endless stream of sunshine. A haunting riff blends with undulating guitars over sun-streaked waves, as Jayk Gallagher and Marie Bollinger's crooning tones carry the listener into a tranquil space that nonethless rocks. The breakdown is unabashed grunge, featuring guitar licks reminiscent of Nirvana and Smashing Pumpkins over rough, sparkling distortion, with voices intertwining in a crescendo of escapism. With lyrics that speak of letting go of control, and inhabiting the relief of the present moment, Final Fantasy 7 is a welcome respite from the doldroms of repetitive rock, a breath of ocean air that cuts right through the LA smog."

Who are we?
With two lead singers, Jayk Gallagher and Lauren Lakis, Hobart W Fink blends touches of The Strokes, Interpol, and Queens of The Stoneage with such disparate influences as Elliott Smith, Nirvana, and Ben Gibbard in an eclectic stew.

Rocking shows all over Southern California, including headlining slots at Echo Park Rising, Making Music Pasadena, Venice Music Crawl, and other festivals, the band debuted at The Satellite, killed residencies at Casey's and Lot 1, and has played The House of Blues LA, The Roxy, The Viper Room, The Echo, The Satellite, Harvard and Stone, The Smell, El Cid, The Virgil, Silver Lake Lounge, Casey's Irish Pub, The Airliner, Central SA+PC, Echo Country Outpost and many more.