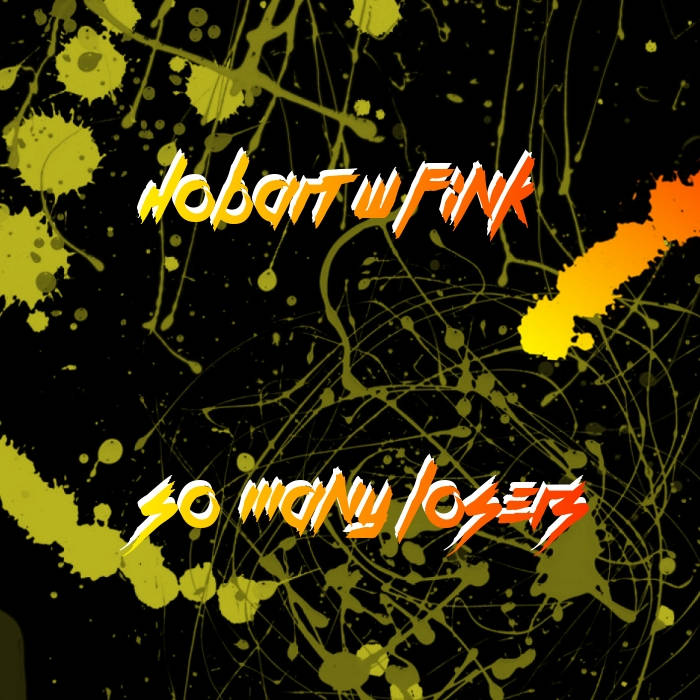 The first single off Hobart W Fink's debut LP "Back and Forth Forever" which will drop this August in a Tuesday night residency at Harvard and Stone - SO MANY LOSERS is recorded and mixed by Chris Kasych (Wavves, Phantogram, Vampire Weekend, Haim, P!nk, Santigold) at The Handbag Factory on a vintage '74 Neve board.

SO MANY LOSERS is straight-forward, unabashed rock with just a hint of irony. Hobart W Fink delivers their fun, no-frills brand of garage rock which treads the line between punk and grunge, apathy and enjoyment. In this video, celebrate with the band as they and their friends smash the living heck out of a variety of televisions and other items while moshing away their troubles. There are so many ways people look down on others, the question is, who truly is the loser in that equation?

Hobart W Fink is gutsy, bluesy indie rock w an soupçon of grunge. With two lead singers, Jayk Gallagher and Lauren Lakis, the band blends touches of The Strokes, Interpol, and Queens of The Stoneage, with such disparate influences as Elliott Smith, Nirvana, and Ben Gibbard in an eclectic stew. Fans have likened HWF's sound to a combination of The X, The B-52's, and Sonic Youth.

The sound is characterized by disaffected yet earnest layered vocal harmonies that emerge from gutsy, cutting garage rock. (Noe Santiago on Bass, AJ Brown on Drums.)

Rocking SXSW parties and shows all over Southern California, including headlining slots at Echo Park Rising, Make Music Pasadena, Venice Music Crawl, Buzzbands.la Chinatown Nights, and other festivals, the band debuted at The Satellite, killed residencies at Casey's and Lot 1, and has played The House of Blues LA, The Roxy, The Viper Room, The Echo, The Satellite, Harvard and Stone, The Smell, El Cid, The Virgil, The Mint, Silver Lake Lounge, Casey's Irish Pub, The Airliner, Central SA+PC, The Lexington, Kaos Network, Echo Country Outpost and many more. HWF has toured to San Diego, Long Beach, Phoenix, Santa Fe, Austin, and all around the west coast.

"There is undoubtedly a capable songwriter involved in the band, as the stylized compositions have a tonality which keeps the audience in full focus and whilst easy for the ear to engage with, the tracks are far from easy to play as tempos switch up and down, along with keys, whilst retaining an animate flow." - Emerging Indie Bands

"Their new video is as fun as the song. Both video and track have a summer irreverence that is infectious. Both make me want to quit my job for the summer." - Syffal.com

"The video .. makes for one heck of a travelogue; it was filmed ... in Peru and in New Orleans, as if the song isn't escapist enough." - Buzzbands.la

"The music is garage rock at its core; but with a keen sense of dynamics and melody Hobart W Fink have created a sound that slots in nicely with today's alternative rock scene. ... sets the band apart from their contemporaries ... Hobart W Fink is a fine act to listen to, and they keep things simple and dirty like any fine band should do." - Indie Music